From the first time I tasted jackfruit, warm from the tropical sun, sweet and compellingly cloying.

From the first time I stepped off an airplane somewhere new.

From the first time I managed, amid the cacophony of unfamiliar languages, to order via pointing and mime from a late night hawker stall.

From the first time I exchanged hesitant, shy smiles with a headscarved schoolgirl on a ricketty local bus, going from points unknown to points yet to be discovered.

These addictions are not mine alone. They are shared across this big, beautiful world.

I can't wait for the next taste of jackfruit.

I'm an unsuccessful writer, a semi-professional belly dancer, and a wannabe world champion at Mah-jongg. I can also transmute base metals into gold, but I don't like to show off.

I've been rejected by world-class book publishers, magazines and newspapers [although I've also had a handful of publications - I'll add a link to them one of these days]. Recently, I was awarded Highly Commended in the Bradt / Independent on Sunday 2012 travel writing competition.

I love to cook, and I love to eat.

I'm a bit shy, a bit sarcastic, and a bit made-up-of-fractions. Sometimes I'm quiet, sometimes I'm not. I wear a lot of red. Sometimes I even manage not to clash.

I like to cook Malay food, cried when Ray Bradbury died, and get paid to hang around in an office doing graphicky and wordy stuff on a computer. Math was my best subject at school, but we haven't kept in touch.

I'm good at photography, bad at singing, and completely crap at cryptic crosswords. I also swear a lot.

I don't believe in fairies, ley lines, scientologists or horoscopes. I'm not too sure about Sheffield, either.

I do believe in the scientific method, sunscreen, and that if I say "I wish the goblins would come and take you away, right now" three times, David Bowie will come and teach me how to apply eye liner properly.

I dislike brussels sprouts, spray-tan, regicide, and people who use the word "amazeballs", although I will forgive some of these.

The brussels sprouts, however, are unforgivable. 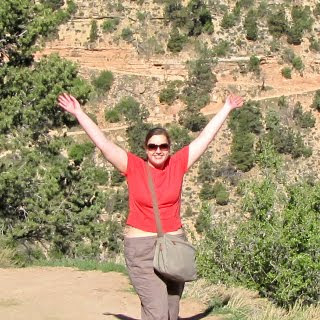 Random travel-related thoughts and musings from a food-obsessed writer, belly-dancer, avid-traveller, and all-around-bit-of-a-geek.
More about me.

What's with the name?

St Jude is the patron saint of lost causes. I'm not religious, but somewhere between the ruination of my passport by immersion in liquid chocolate in Switzerland, and finding myself accidentally staying in a drug den in New Orleans, I realised I was a lost cause.

I still have fun, though.